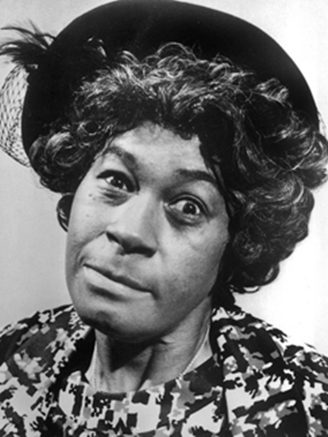 She worked as a fire-eater in lowbrow nightclubs under “The Bronze Goddess of Fire.” Page and Redd Foxx were childhood friends. She has recorded countless live comedy albums for Laff Records, and Herself! has been certified Gold. She was known as the Queen of Comedy or the Black Queen of Comedy for several years. Her most famous part was the role of Aunt Esther Anderson in the TV comedy series Sanford and Son from 1973 to 1977. She reprised the role in the TV series Sanford Arms in 1977 and Sanford in 1981. Page starred in the TV series Detective School in 1979.